If you want to take a family tour and visit one of Costa Rica’s most amazing natural wonders, you cant miss to visit the Marino Ballena National Park on the south pacific of Puntarenas. This is not only the first marine park that was created in Costa Rica, but if is most definitely one of the most gorgeous protected areas in the country- both land and sea! 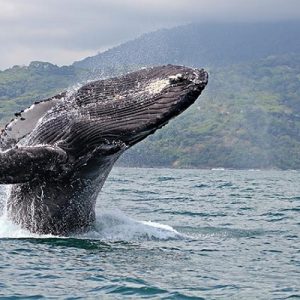 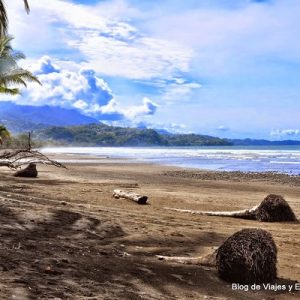 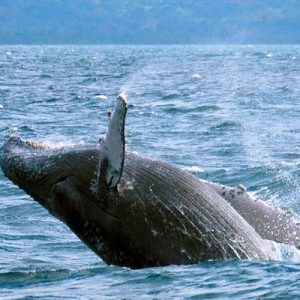 Like the name describes, this National Park protects mainly marine areas. Nonetheless, it also includes the protection of some jaw-dropping beaches like for example Bahia, Ballena, Colonia and Piñuelas.

Although they are a bit far from the city, the beaches at Marino Ballena National Park are incredibly gorgeous. They are famous for having white sandy beaches, crystalline blue waters, hugely vivid coral reefs and even naturally made caves which you can go and explore during low tides.

At the Marino Ballena Park you will find a number of wild animals such as pelicans, green iguanas, different species of turtles, sponges, lobsters, dolphins and of course the amazing humpback whales. So this will make the visit to the national park exceptionally interesting for the kids!

What is probably most attractive about this National Park is its unique “whale tail” formation. Incredibly, this was a natural formation created by sediments that were dragged by tides and currents over time, which formed the shape of a whale’s tail. You are only able to see the formation during a low tide, given that the water covers the “tail” during high tides.  This formation is known in Spanish as the “Tómbolo of Punta Uvita” and if you are lucky enough to catch it at a low tide, you will be able to walk the 1km long trail which stretches out into the sea.

Marino Ballena National Park is the perfect location to get some down time with the family, while enjoying the most scenic beaches. There are also a bunch of activities you can do with the whole family such as kayaking, snorkeling and boat tours that will make this an unforgettable family trip. 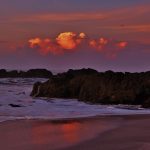 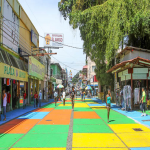